My hunting partner, Darr Colburn and I were invited by our friend Randy Ulmer to hunt a ranch in Sonora, Mexico. Randy and his nephew Zach, turned me on to this buck and I was able to harvest him. I hunted a total of about 11 days and this was the only buck I glassed up over 100 inches. The temperature was very hot and conditions were extremely tough for Coues deer movement. I glassed this buck up on Tuesday morning bedded at about 2.5 miles away. I quickly put the 40X’s on him only to watch him get up and walk directly away out of my view. I moved positions and glassed all day Wednesday and never relocated him until Thursday morning. I had made the decision that I would be sitting on a small rock point above where I had spotted the deer on Tuesday. I figured this would put me in shooting position if the buck were to retrace his steps. Well as it turned out, thanks to the Lord, as light appeared that morning I glassed him bedded very near the same position he was bedded on Tuesday. He was 440 yards out facing away from me. Three shots later and some shaky nerves he was down. I had hit him on the first shot and he stood up behind a bush. I shot thru the bush with no connection and then he took two steps facing me. My third shot was true and the buck was down. Unfortunately, my friend Darr was not with me when I harvested this deer he had other obligations that week and could not make it. Without the graciousness of Randy and Zach, I would have never even seen this deer. This trophy is as much theirs as it is mine. Lots of fun was had by all. Special Thanks to Randy and Zach for turning me on to a buck of a lifetime!!

This buck grossed 134 inches as a non-typical! 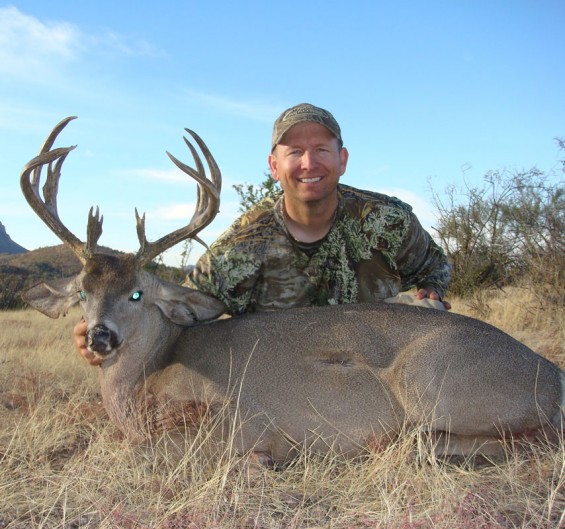 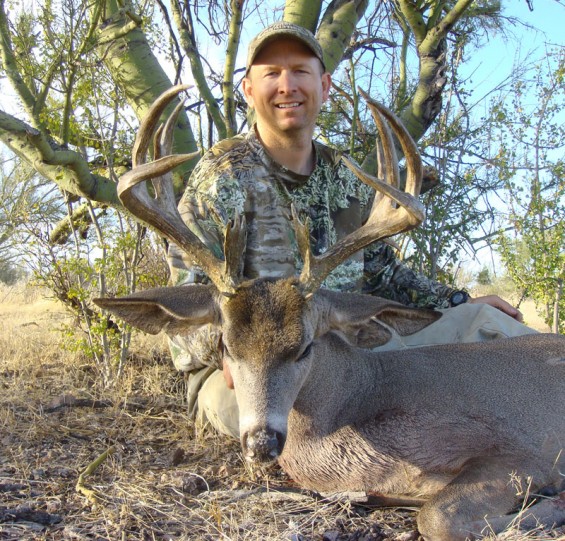 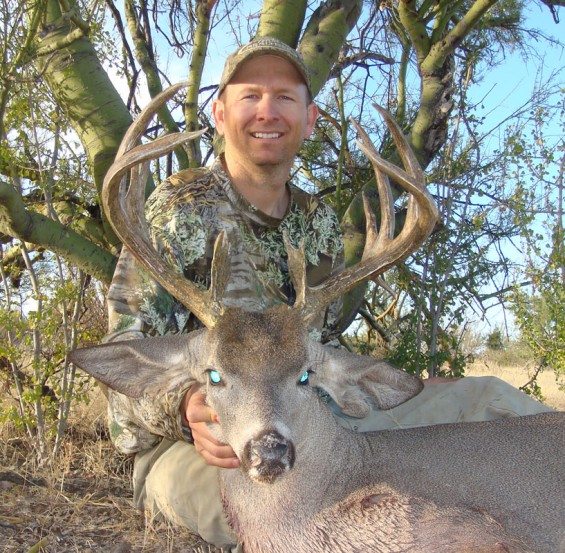