Hi, my name is Andrew Dement and I would like to share the photos and story of my January Coues hunt in New Mexico. My brother and I started scouting in July of 2006 in which we had also drawn a elk tag in the same unit, we had been scouting in an area that has been known for a few herds of elk but not many.

One day during the elk hunt we had came back to this area for the afternoon hunt to try to find a good bull that had been seen in the area by a friend of ours. This is when we stumbled upon this area covered with Coues deer. Because of this elk hunt we had not even paid attention in the earlier months about these deer; we had seen a few doe and some young bucks but we noticed fast about how calm and unpressured these deer were, then and there we told ourselves this area deserved some more scouting. So after the elk hunt we put all of our focus on this archery Coues hunt in January.

We scouted this area and found some nice places to hang stands. We found two great saddles that funneled down into a perfect squeeze point this place needed to be watched for activity. so my brother and I stayed in that area for quite some time watching the deer movement. Two weeks before the hunt we went back up to see the if there was any rutting action going on.

NOTHING!. It looked like the rut was happening later this year so hunting this squeeze point sounded like the way to go until the rut started getting heavier. We hung stands that weekend and stayed out until opening day.

The night before the hunt neither of us were able to sleep because of our excitement that was going to be a great hunt! 4 a.m. rolled around and the alarm clocks rang. Up we got, cooked some breakfast, and made sure we had all of our gear and out we headed. We got in our stands kind of late do to the fact we never calculated the time it took us to walk to the stands.

Finally we clipped our harnesses on and started climbing, as soon as I reached the top and climbed into my stand I heard a crunch, my brother whispered “don’t move”. I was bent over unclipping myself when this happened so I was stuck in a funky position. It ended up being a little spike. I turned around and got situated in. No more activity until about ten thirty while we had been having a bite to eat when I glanced up and this buck was making his way down the trail. I put my stuff away and grabbed my bow and my brother grabbed the video camera; this was it he was a shooter. I was telling myself all you have to do is squeeze it off. I drew, he stepped out into my shooting lane and I stopped him and let her fly, making a perfect shot. He ran 20 yards and piled up. I was so excited to see that deer I could not wait to get out of the tree. We waited 20 minutes and got out.

Man he was a beautiful buck! We took pictures and dressed him out and got him back to the truck. Oh my gosh, I could not believe it! I killed a buck with in the first three hours of my first coues deer hunt!! I got the buck green scored at 83 2/8 gross and netted 81 7/8, not too bad for my first coues buck. I’d like to thank first of all my brother for hunting with me (by the way my brother killed a coues 5 days later) my fiance’ for putting up with my obsession and Don Guber for all the answers he gave me and let me pick his brain about hunting these beautiful creatures. 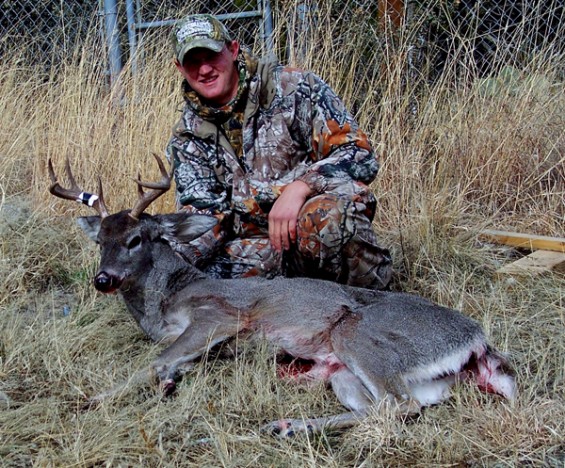 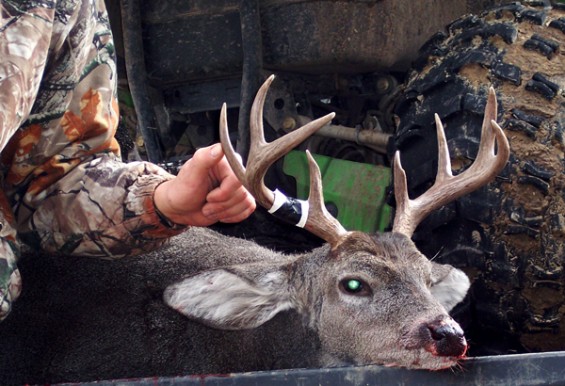 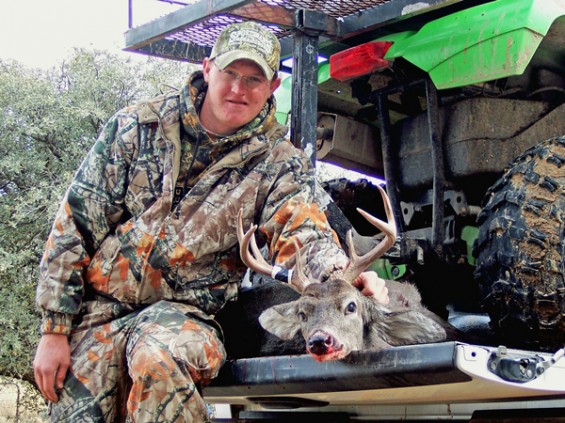