Ted took this buck in 36b in December @ 378 yards using a .300 weatherby magnum. He and his hunting partners glassed him up from about 800 yards away using Minox 15×56’s and Doctor 12×50’s. He has not scored him yet but it probably scores in the low to mid 90’s. They saw a lot of nice 3×3’s averaging 10 to 15 bucks a day and narrowly missed a chance at a real heavy 4×4 but they just ran out of light. They also saw a mountain lion kill a yearling deer from around 500 yards away in the same canyon this buck was taken from.  Unfortunately they were on Buenos Aires Wildlife Refuge and you are not allowed to take lion there.

All three of his sons have pictures in there from earlier this fall (Teddie, Ryan, and Christian Dyson).  Here is a link to their photos. 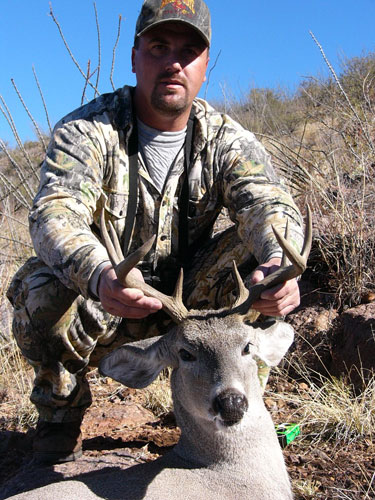 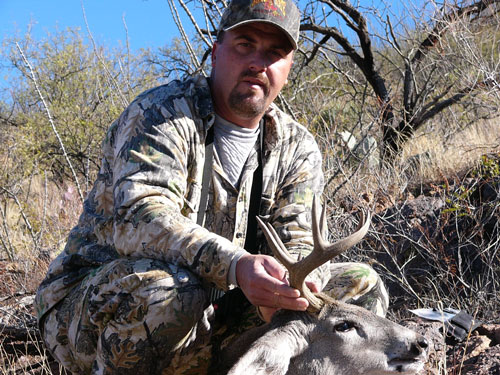