2004 has been an exciting year for this family! Doug shot a buck on the early hunt in unit 36C. His father-in-law bagged his very first buck during the Dec hunt in unit 21.  Doug says Tom’s is the biggest buck in the family and scores 106 & 5/8. Doug says the best part about it was that the hunting guide for both hunts was his Dad, Dane Wombacher. 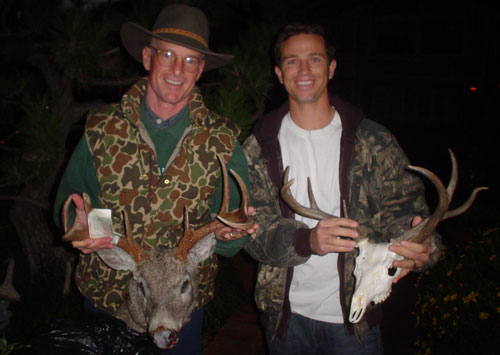