June 2, 2012 by CouesWhitetail in Hunting, San Carlos Gallery with 1 Comment

Note: This article originally ran in the Dec 04 issue of the Rocky Mountain Game and Fish magazine. Article and photo provided with permission from Tony Mandile. 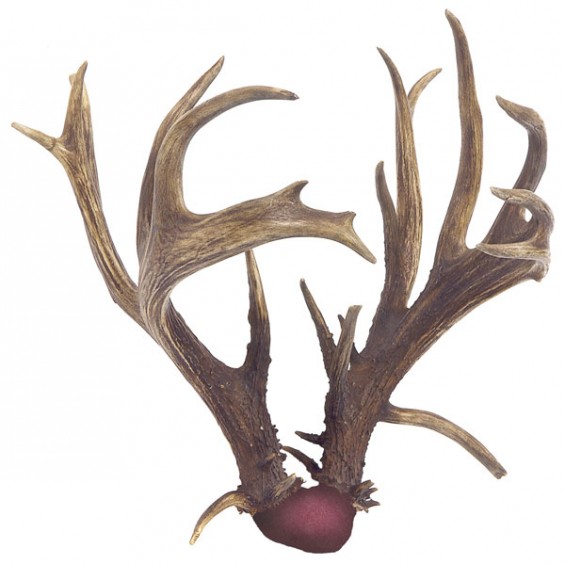 The Boone and Crockett Club officially recognized a buck from Graham County, Arizona as the new non-typical Coues deer world record. The antlers score a whopping 196 2/8 points, besting the old record by 10 1/8 points.

The announcement at the 25th North American Big Game Awards in Kansas City, Missouri during June 2004 occurred after the B&C’s Record Committee thoroughly investigated the authenticity of the Coues deer antlers because of the circumstances involved in their discovery. Buck Buckner, chairman of the B&C’s Record Committee, said the remarkable trophy has the basic Coues’ deer configuration, as well as the narrow, inter-pedicel width measurements characteristic of Coues’ deer. The rack shows evidence of gnawing by rodents, and is missing a couple of point tips. Two broken abnormal points were x-rayed, as was the entire rack. According to the background B&C was able to piece together, a now deceased member of the Apache tribe killed the buck in the Mt. Turnbull area of the San Carlos Apache Reservation sometime around 1971, and the antlers remained within the family until a nephew sold them to an antler buyer. The buyer later sold them to the current owners, Dana J. Hollinger and Bob Howard. The two men, who collect antlers, submitted the trophy to B&C in December 2003. A special B&C judge’s panel, convened especially to verify possible world-record heads, officially scored the deer as the new record.

The non-typical rack, with an inside spread of 12 3/8 inches, sports 11 points on the right side and 15 on the left side. The main beam lengths are 20 4/8 and 19 3/8 respectively, and the smallest circumference between the burr and first point on each side measured 4 6/8.