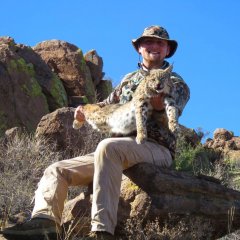 By PatrickJr, September 28, 2019 in Bowhunting for Coues Deer