June 9, 2012 by CouesWhitetail in San Carlos Gallery with 0 Comments

Tony was hunting with his wife when they found this buck. They got to a canyon around 2 miles from the road and found this buck running up the other side. Tony missed twice, and the third time the buck stopped he was skylined so he had to watch in disappointment as he disappeared. They started toward a saddle on the same ridge he ran over to see if he was anywhere in sight. Tony’s brother wanted to make sure there wasn’t any blood where we last saw him. Then Tony saw him walking up the other side of that canyon. He was about 450 yds away so we snuck in closer.335 yds out Tony set up for the shot and this time connected. He didn’t realize the buck was as nice as he was until they walked up to him. 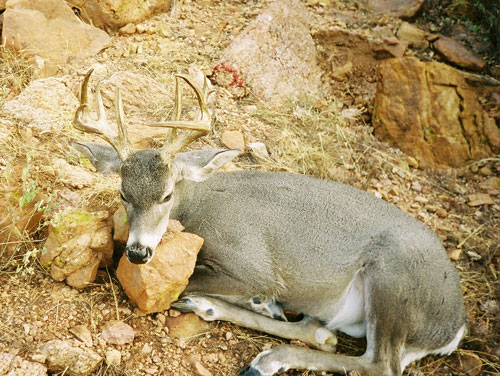 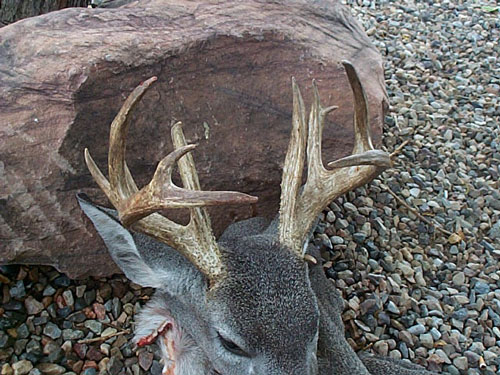 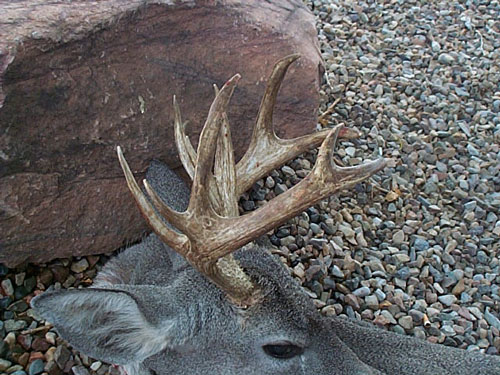 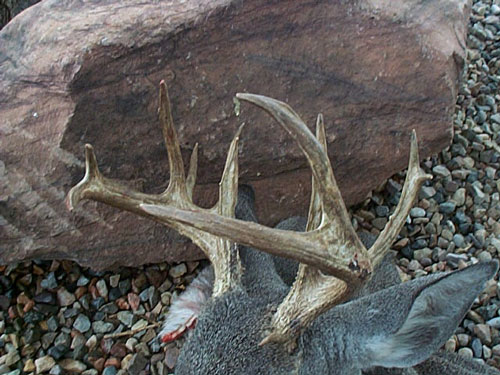 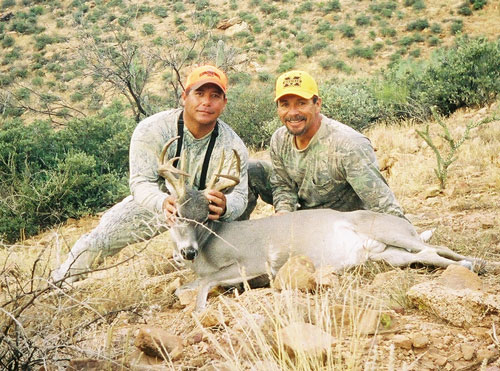