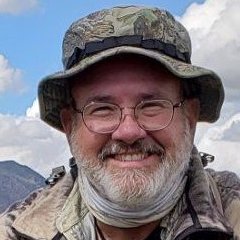 By Big Tub, January 6 in Coues Deer Hunting in Arizona