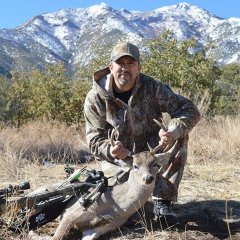 By coocoo4coues, December 14, 2015 in Rifle hunting for Coues Deer