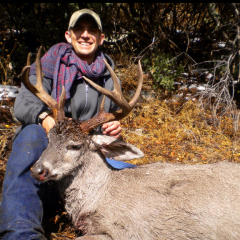 By elkhunter, February 9 in Javelina