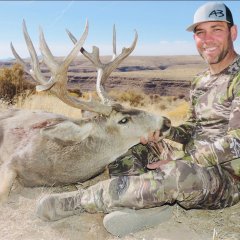 The year of the Mule Deer