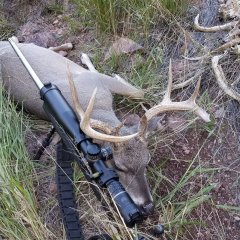 First Bull With A Bow